Jesus came to compensate
For all the wrongs we do.
He came to earth to die for us,
So we’d be born anew.

‘This bitter cup, let it pass from me,’
He cried, in a plaintive voice;
“Yet not My will, but Thine be done;”
He said, in His faithful choice.
The Judas kiss would seal his fate;
He faced a hostile crowd;
The governor, Pilate, saw through it all;
Jesus’ guilt he disavowed.
‘I wash my hands of all of this,’
Said Pilate, ‘Let Him be.’
But the crowd yelled “Crucify him now,
And set Barabbas free!”
Pilate yielded to their wish;
And Jesus was led away.
The soldiers beat him, and mocked Him, too,
Yet He continued to obey.

A crown of thorns lay on His head,
As His sentence was carried out;
His hands and feet were pierced with nails,
But He did not scream or shout.
‘Father, forgive them for this crime;
They know not what they do.‘
He said this despite His torment, because,
He was thinking of me and you.
‘It is finished,’ he sighed in His anguish and pain,
As His body gave up to death.
The curtain tore, and darkness fell,
After He took His last breath.
The best of the story is the very last part;
It’s why on Easter we’re filled with pleasure:
Death could not our Savior hold;
His power is beyond all measure. 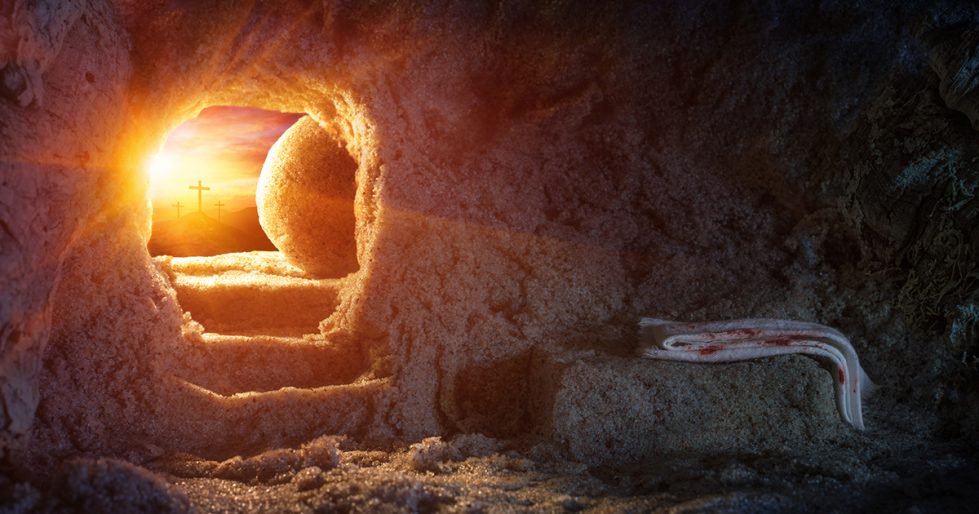 He rose from the grave, and was seen all around;
Ever since, He’s inspired devotion,
And we’ll be with Him for eternity,
When we get our heavenly promotion.
That’s why Easter is a major event:
He suffered and died in our place.
He rose and forgave us and loves us still,
Our Savior of matchless grace.
[By Joanna Fuchs, posted by Lewis Wafula].